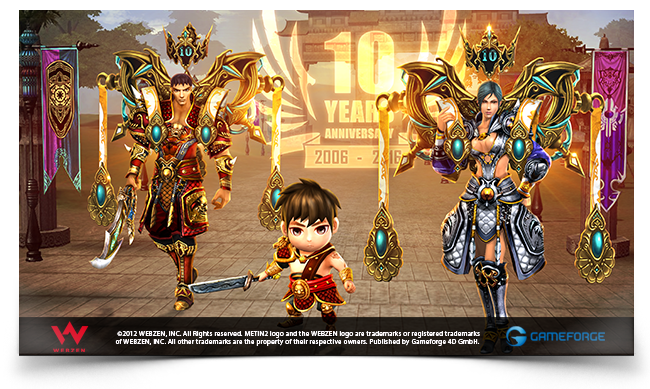 While the event is activated,

Party Flag can drop as Alternative Drop, Cherie and Anniversary Merchant will be present in the first village of every kingdom, also the Anniversary Banners in every village for decoration purposes only.

During the same time, the event Valentine's Day will also be running.