Yang is the currency of Metin2, in other games known as gold or coins. The more Yang you have, you can get more or better items. Yang is usually dropped by Monsters , and you can receives recieve it also from fulfilling Quests.
However you can also make yang by selling items - either to NPC or on the market.

A Yangbomb (or also called jackpot) means an above average Yang-drop from a monster. 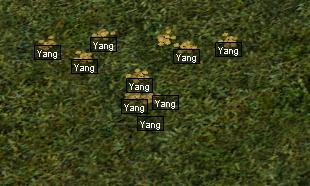