Employing the wisdom archieve through long years of intense study, the Shamans use spells and magic to attack their foes.

Their mystical powers are also of great effect in supporting their allies.

Depending on their focus, Shamans can provide a boost to attacks, or instead choose to enhance individual healing and support spells.

In general, shamans value intelligence over all else because with more INT points, attack skill damage increases as well as the effect of most buffs and support skills. Vitality and dexterity are popular followers given their positive effect on survivability and overall power, respectively.

Of course, there are many variations of shaman builds depending on a player's specific preference in gameplay. Different builds serve different purposes whether it's pure PvM, pure PvP, support, or some hybrid of these roles. 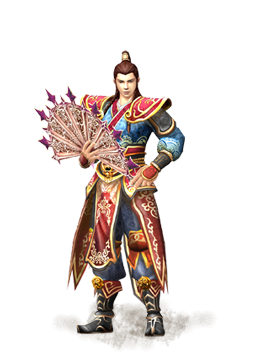 The choice between using a fan or a bell in any given situation can be quite simple. Of course, the presence of stones and bonuses can greatly affect the effectiveness of one weapon over another, but in general, there are some simple choices to make.

Shaman armour is called clothing, though players often still call shaman armour dresses, since female was the only available gender for shaman earlier in Metin2 history.

Once a shaman reaches level 5, he or she is able to choose between two unique subclasses with different skills. These two classes are Healing Force and Dragon Force.

Healing Force shamans are characterized by their most valuable skill from which their name comes: cure, the skill that restores hp and has a chance to cure negative effects. The effectiveness of this skill is based on the level of that skill and the shaman's magic attack power, rather than just intelligence. Besides the unique ability to heal his or herself and allies, healer shaman are known for their quick cooldown and speed from their swiftness skill, which is only affected by skill level, and not by intelligence or magic attack power. The combination of self-healing, swift moving and casting speed, and a set of fast attack spells make healer shaman very formidable opponents in PvP or can allow for some impressive PvM options as well.

Dragon Force shaman are most in demand for their ability to buff allies with game-enhancing stats such as high chance of critical hits and resistance to physical attacks. The effectiveness of the buff skills are dependent on skill level and intelligence only. As such, a low level weapon with an intelligence bonus will cast a better buff than a higher level weapon without an intelligence bonus. However, dragon shaman also have powerful offensive skills with the ability to cause lasting fire damage and with wide areas of splash attack well suited for PvM and can be useful in PvP as well. To round out the dragon shaman skill set is a fast, long distance attack similar to that of the healer shaman. Dragon shaman do quite well with hybrid builds of both PvM and PvP, but can choose skill sets that are focused on one or the other.


With the right skills, build, and equipment, a patient player can make a shaman character as successful as any other class in whatever style of gameplay they prefer.